AC Milan host Roma at the San Siro on Friday night, and Gennaro Gattuso has been tipped to make key changes to his line-up after the defeat to Napoli.

The Rossoneri squandered a 2-0 lead at the San Paolo to suffer a 3-2 defeat, and so a response is certainly needed from the players in their first home game of the campaign.

Davide Calabria scored in Naples, but looked vulnerable defensively and as per La Gazzetta dello Sport’s predicted line-up below, veteran right-back Ignazio Abate might get the nod ahead of him to add experience and a bit more defensive solidity on that flank.

Another change could come in the centre, as it’s suggested that summer signing Mattia Caldara could replace Mateo Musacchio, with the latter looking comfortable for 50 minutes before unravelling along with the rest of the team in the latter stages as Milan collapsed last time out.

In turn, given the promising partnership that could emerge between Caldara and captain Alessio Romagnoli, it could be an ideal move from Gattuso to help shore things up defensively and continue to play his preferred style of playing out from the back.

Despite a sloppy performance which saw him hauled off early in the second half against Napoli, Lucas Biglia is expected to keep his place in the deep-lying midfield role, with substitute Tiemoue Bakayoko not doing a great job of making a case for a starting berth with his cameo appearance last weekend. 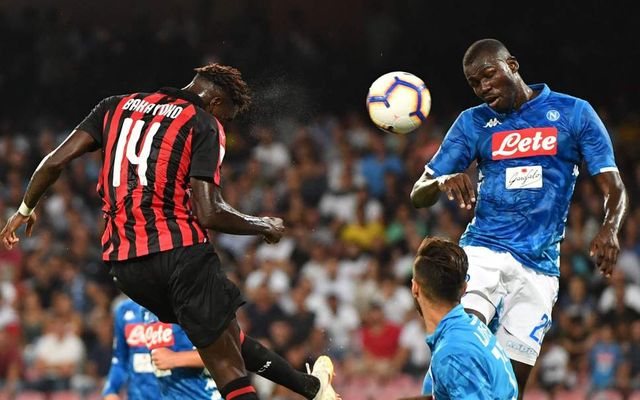 The only other likely change then is Hakan Calhanoglu replacing Fabio Borini on the left flank, as the Turkish international returns from suspension and will be seen as the creative spark for Milan after enjoying an impressive second half of last season.

The 24-year-old ended the campaign with eight goals and 13 assists in 45 appearances after making a slow start, and now with a clinical forward in Gonzalo Higuain to feed, the pair will look to strike up a great understanding along with Suso on the opposite flank.

Gattuso looks set to stick with a 4-3-3 system, as per Gazzetta, despite seemingly having the players to adopt a 4-2-3-1, but his focus will now be on getting a positive result as ultimately Milan will be targeting Roma as one of the sides to leapfrog in the standings this season to earn Champions League qualification.