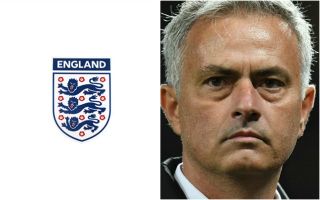 A few defiant Manchester United fans seem determined not to buy all the ‘fake news’ about manager Jose Mourinho.

The Portuguese tactician is not having the best of times at the moment after two defeats from United’s opening three Premier League games, which have followed some public grumbling about transfers and also leaving big names out of his team on occasion.

A few are staying loyal to Mourinho, however, and have credited the Red Devils boss for Luke Shaw’s revival as he makes it into today’s England squad, which has just been announced by Gareth Southgate.

It’s a first call up for a long time for the former Southampton youngster, who has had his troubles with injury, but who also failed to get into the team on a regular basis when Mourinho first arrived.

The 55-year-old has also been publicly critical of Shaw’s performances on more than one occasion, though he seems to have responded well this season with some strong early form, which included a winning goal against Leicester City on the opening day of the campaign.

Is this a masterstroke from Mourinho, or just the manager finally realising he has a talented player on his hands who deserves more chances? These fans have had their say…

Well done Luke Shaw. You’ve earned that. Tell Jose cheers too. He pushed you all the way ??

Now that Mourinho has turned Shaw back into an England international, anyone want to give him some credit?

Well done Jose with Luke Shaw ….I’m sure all the media will be applauding you in getting him back on track ????

Well done Luke Shaw???just shows what can happen if you put the graft in and listen to your manager?????

This wasn’t everyone’s view, however…

Luke shaw has only Luke shaw to thank for his call up. Mourinho had nothing to do with it and will never.

People changing their tune on Shaw, but Young deserved to play for the past 2 seasons, eh? What could've happened if he was given more games to improve