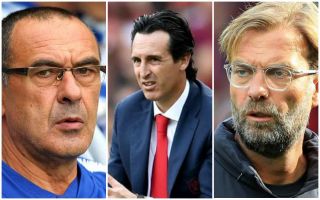 Real Madrid star James Rodriguez is reportedly ready to demand a transfer to the Premier League, putting Chelsea, Arsenal and Liverpool on alert.

The Colombia international is currently into the second season of a two-year loan with Bayern Munich, but wants a spell in England next.

Rodriguez has long been regarded as one of the finest attacking midfielders in the game, though he’s yet to test himself in the English top flight.

According to Don Balon, if the 27-year-old does get a permanent transfer to Bayern any time soon, his first request will be to immediately make a move to the Premier League.

Rodriguez could certainly make a fine signing for any of the three clubs mentioned as potential suitors by Don Balon.

Chelsea continue to see Eden Hazard linked with Real Madrid and could do with a replacement, while Liverpool could do with Rodriguez after missing out on Nabil Fekir in the summer.

Arsenal also lack real quality and depth in attacking midfield and Rodriguez would be a major upgrade on players like Alex Iwobi and Danny Welbeck, and maybe even on the out-of-form Mesut Ozil.