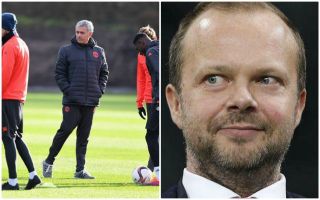 This has followed a difficult summer in which a large number of players were linked with United, but during which only Fred really arrived as a new option for the starting XI, along with youngster Diogo Dalot and backup goalkeeper Lee Grant.

Mourinho seemed to be feeling the heat after the 3-0 defeat to Tottenham on Monday night, and the Sun now claim Woodward is keeping close tabs on the Portuguese and assessing the mood at Carrington.

This hardly seems ideal to help matters, with Mourinho surely only likely to feel more scrutinised and less trusted over a part of the job that should really be under his full control.

It remains to be seen how this will pan out, however, and perhaps some extra pressure would be useful for the 55-year-old to get things back on track.