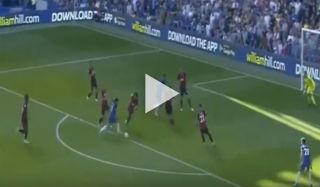 Chelsea winger Pedro has scored once again this season, with his late goal today giving the Blues a 1-0 lead over Bournemouth.

CFC had been made to wait for their opener against the Cherries this afternoon in a closely-contested encounter at Stamford Bridge.

Pedro’s latest effort makes it three for the season already, with the Spaniard netting just four times in the Premier League for the entire of last season.