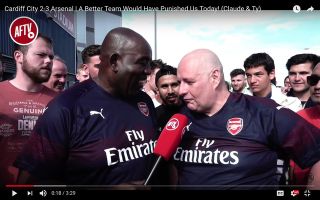 Although Arsenal were very dominant going forward in what was a very fluid attacking performance their attacking efforts once again undermined by another poor defensive showing from the Gunners.

To highlight Arsenal’s defensive dismay as of late Neil Warnock’s Cardiff scored their only two goals of their Premier League campaign so far against the Gunners today.

Check out what fans had to say on the defensive issues below:

New manager Unai Emery is finding overhauling Arsenal’s defence as a much more difficult task than many would have thought.

If the Gunners are to have any chance of returning to their former glory their defensive issues need to be addressed sooner rather than later.