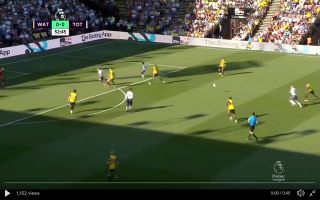 Abdoulaye Doucouré could only hold his head in his hands after an unfortunate own goal handed Spurs the lead in the 53rd minute of what was a very closely contested encounter up to this point.

Dele Alli chipped the ball into the box and a defensive mix up from Clint Kabasele prevented goalkeeper Ben Foster from claiming the ball.

The ball then fell to Lucas Moura after Kabasele’s poor clearance the Brazilian crossed the ball back across goal which deflected off the chest of an on-rushing Doucouré who unfortunately turned the ball into the back of his own net.

Check out the own goal below:

The own goal was definitely the luck Spurs needed in the 53rd minute of the closely contested match. 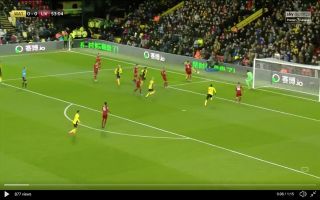 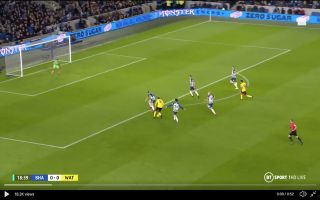