It’s Monday and so BBC pundit Garth Crooks is back with his Premier League team of the week which has a strong Liverpool contingent this time round.

Naturally, as with every team of the week that Crooks produces, it appears to have earned him a backlash on Twitter and one of the main reasons for that is because he continues to predominantly pick players who have scored over the weekend.

That’s the case again here, as per his BBC Sport column, although Wolves goalkeeper Rui Patricio kicks things off between the posts after his key display in helping his side secure victory at West Ham United.

After arriving this past summer, the Portuguese shot-stopper is making a big impression for the Premier League new boys, and they’ll be hoping that he can continue his current form throughout the campaign to give them a great chance of avoiding the drop.

In the backline, Kyle Walker, Joe Gomez, Craig Cathcart and Andy Robertson make up a back four, with two of them scoring goals in wins for their side this past weekend.

Meanwhile, Gomez continues to impress next to Virgil van Dijk in the heart of the Liverpool defence having grabbed his opportunity to start the season with Dejan Lovren still out due to injury, while his Reds teammate goes from strength to strength at left back and looks a solid option for the long-term future.

In midfield, Chelsea’s Marcos Alonso finds himself in a rather odd position given he’s a left-back or left wing-back based on the amount of attacking he does. Instead, the Spaniard is included in a midfield trio alongside Eden Hazard and Raheem Sterling. Again, neither seem to fit the position given.

Two of the three found the back of the net, while Alonso continues to play a key role for Maurizio Sarri’s men as they maintained their perfect start to the new campaign. However, Crooks does note while picking him in his XI that he was lucky to stay on the pitch…

Up front, Man Utd talisman Romelu Lukaku gets a deserved nod after his double downed Burnley at Turf Moor with the Reds Devils desperate for a positive result.

Alexandre Lacazette secured a vital win for Arsenal as he bagged a late goal while Sadio Mane was also on target for Liverpool in their win over the Foxes.

As noted above, there is a familiar theme running through this team in terms of Crooks picking those who scored. While that is a fair assessment if scoring important goals, it has left a lot of readers far from impressed based on the tweets below… 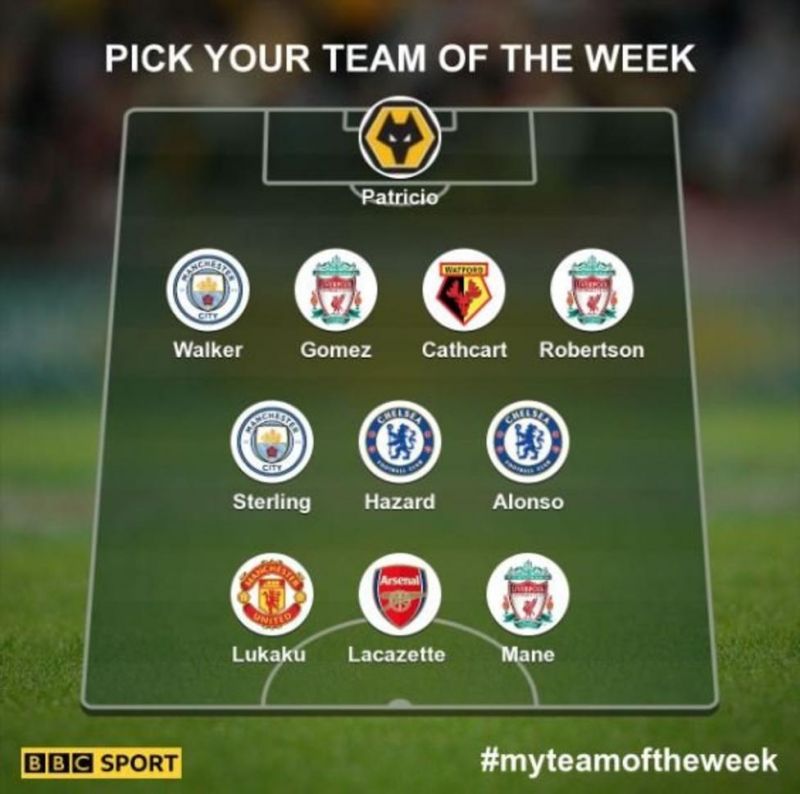 After the defenders, he literally just picks the goal scorers!

Walker and Cathcart wouldn’t be there unless they had scored. He literally just picks people that score.

Should be called ‘Garth crooks team of who scored a goal picked without even watching the games.’

He has Alonso in midfield.

Please sack him and tell me when you’ve done it

Maybe if he actually watched all the matches & looked at any other stat than goals scored, there’d be far less debate. Man’s clueless

This is nonsense.. Sterling Hazard and Alonso as your midfield?? Are you playing fantasy league??