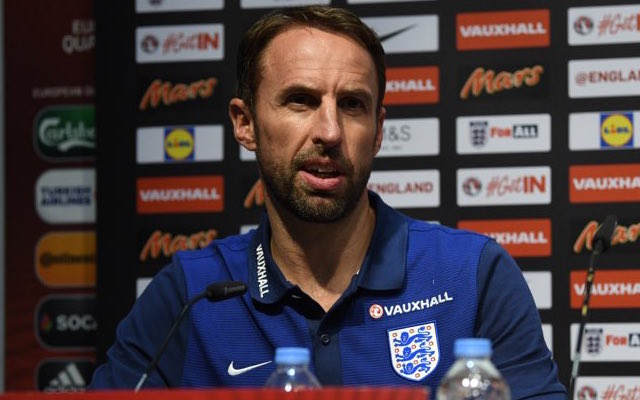 England manager Gareth Southgate has challenged Raheem Sterling to end his barren run at international level, given his record at club level with City.

The 23-year-old winger was ruled out of the friendlies against Spain and Switzerland next week for the Three Lions after reportedly sustaining a back injury, which has left Southgate short in attack – as per Sky Sports.

Sterling was a key part of the England squad which made it through to the semi-finals of the World Cup in Russia over the summer, impressing with his willingness to make runs in behind and stretch opposition defences.

SEE ALSO: Pep Guardiola issues a strict new rule to ensure that standards do not drop at Man City

However, the City midfielder hasn’t scored a goal for his country since 2015 and has only found the net twice overall during 44 appearances in an England shirt.

At club level with Manchester City, he has made a strong start to the new Premier League campaign and is surely hoping to improve on his impressive goals tally from last year of 18 goals in 33 league appearances.

According to Sky Sports, despite Sterling being currently unavailable for international duty, Southgate has issued him a challenge when he returns by finally breaking his scoring hoodoo for his country.

He addressed the winger’s absence when addressing the media on Wednesday: “In terms of what we miss, he was fundamental to the style of play in the summer.

“He loves playing through the middle with us so the big thing for Raheem is to start scoring internationally. It’s as simple as that. I think had he added goals to his performances in the summer, everybody would have been clear on what his value was for the team.

“So from our perspective we’re just desperate for him to get that goal because we can see him doing it for club and he’s probably just got to feel the freedom of doing that with England and then he’ll be off and running.”

Should Sterling recover in time to play a part in City’s next game against newly promoted Fulham, supporters will hope that he can add to the two goals he has already scored in the opening four matches of the season and once again prove his credentials upfront at club level.
More Stories Gareth Southgate Raheem Sterling