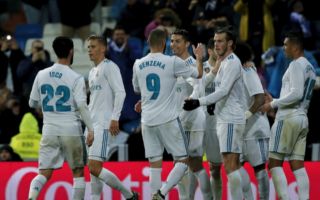 Real Madrid forward Karim Benzema has reportedly demanded a better contract from the club, but their response could be to sign a replacement next year.

Things have started well for the 30-year-old this season, as with Cristiano Ronaldo moving on earlier this summer, those left behind have been given an opportunity by coach Julen Lopetegui to step up and take on more responsibility.

Benzema has responded well with five goals in four outings in all competitions, and so he’ll be hopeful that he can continue his current goalscoring form for the remainder of the campaign.

With that in mind, perhaps it has sparked his desire for improved terms, with Don Balon suggesting that the Frenchman wants a better contract despite having only signed a new one last year.

However, the plan could backfire and cause him more trouble as it’s suggested that Harry Kane remains a top priority for the reigning European champions which could see Benzema pushed down the pecking order eventually anyway.

Kane has been in sensational form for Tottenham in recent years as he’s now taken his career tally to 158 goals in 282 games as he remains a fundamental figure for Spurs and England while at 25 years of age, he still has plenty more years left in him.

This isn’t the first time that he’s been paired with a move to the Bernabeu either, as the Daily Star note that he was immediately touted as a marquee signing to help Real Madrid fill the void left behind by Ronaldo.

Should Benzema continue to score plenty of goals this season, it will be interesting to see what decision is made by the Spanish giants as he could earn the extended faith of Lopetegui.

Nevertheless, should the possibility to sign Kane become realistic at some stage, they will surely make their move and that could scupper any hope that Benzema reportedly has of penning a new contract with improved wages.