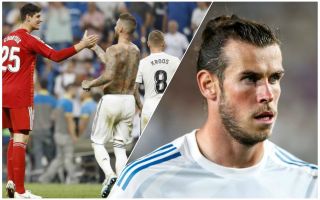 The forward was re-signed from Lyon late on in the transfer window after some impressive form in Ligue 1, and was even given Cristiano Ronaldo’s old number 7 shirt at the Bernabeu.

However, Diaz is said to be concerned that he’s not looking like being first choice up front under manager Julen Lopetegui, according to Don Balon.

The Spanish outlet claims the 25-year-old is already fearing the worst regarding his situation in Madrid and that if things don’t improve he would be ready to take action.

This hints the player may already be considering a quick move away if he cannot replace the in-form Karim Benzema up front, as Don Balon claims he believes he should.

This is certainly not ideal for Los Blancos as they hope to bounce back from a disappointing performance in La Liga that saw them finish third last season, even though they won the Champions League final once again, making it four wins it in the last five years in the competition.