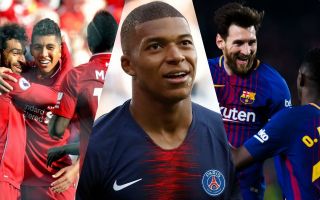 It may be early days yet, but to keep you ticking over the international break we’ve put together the top ten performers from around Europe so far this season.

Real Madrid and Barcelona dominate somewhat, but there are also appearances from big names at Liverpool, Manchester City and Paris Saint-Germain.

MORE: These Liverpool fans are getting excited by something they’ve noticed about transfer target Adrien Rabiot

There are one or two surprises too, and Cristiano Ronaldo is nowhere to be seen after his slow start at Juventus following his summer transfer from Madrid.

Our top ten is based on stats from the excellent WhoScored, though we’re not including players on their list who’ve played fewer than three games so far this season.

With three goals and one assist for Manchester City so far, it’s been a bright start from Argentine hot-shot Sergio Aguero.

Long regarded as one of the finest strikers in the world, Aguero is showing no signs of slowing down this term, achieving a WhoScored rating of 7.91 based on his displays so far.

A 31-year-old Levante forward, Jose Luis Morales has made a fine start to the new La Liga season, scoring three goals in as many games and achieving an average rating of 7.97.

Just the one goal and one assist for Philippe Coutinho so far, but he’s really looked the business in midfield for Barcelona, finally shining since his January transfer from Liverpool.

It may have taken the Brazil international a little time to settle in, but he’s now got himself a very respectable 7.97 rating for the season so far. 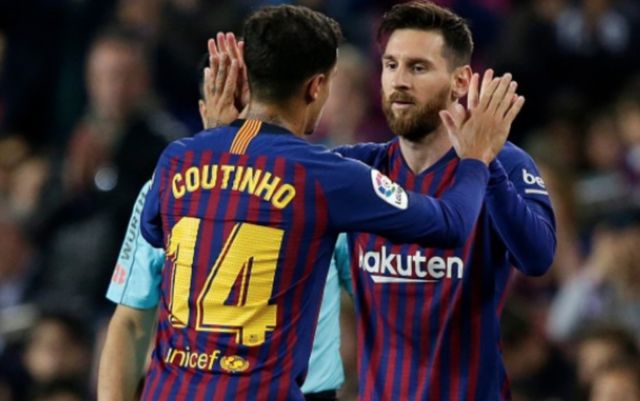 Philippe Coutinho has looked the business for Barcelona