The 16-year-old joins for a fee of around £420,000 after catching the eye in his native Ireland, with other big Premier League clubs also claimed to have been in the running for this transfer.

This is according to the Telegraph, who have a picture of Bazunu alongside City academy chief Jason Wilcox, suggesting this is all now a done deal.

The report details just how impressive the teenager has looked in his short career so far, with Spurs in particular likely to be fuming at missing out on this deal, though Chelsea could also have done with new goalkeeping talent coming through after losing Thibaut Courtois to Real Madrid and being forced to sign veteran Rob Green as a backup for this season due to a lack of options.

The Telegraph state that the north London side have a special relationship with Shamrock Rovers dating back to 2011, and they were supposedly confident they could get this signing done.

However, Bazunu was in Manchester this week to put pen to paper and seal a move to the club’s academy, having already broken into the senior side at Rovers and keeping four consecutive clean sheets. 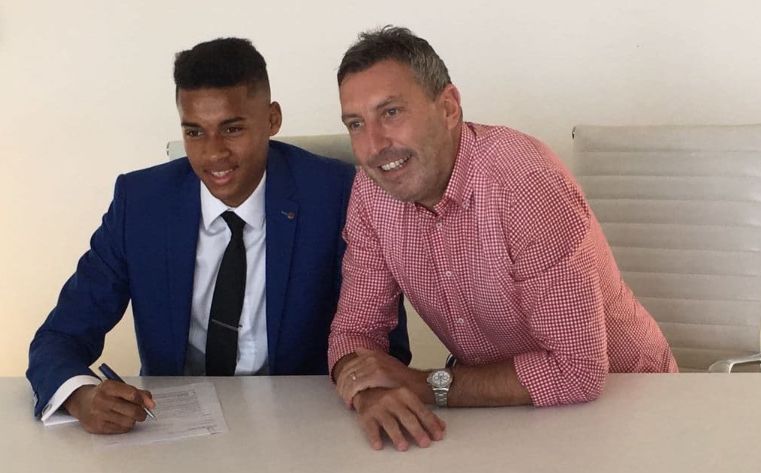 Manchester City have signed Gavin Bazunu, according to the Telegraph

The youngster cannot sign a professional deal until he turns 17 in February, and will remain in Ireland until then, likely linking up properly with City in January, say the Telegraph.

For all City’s big spending on world class names, they do also seem to be trying to move in a direction that can see them rely on academy stars too.

Plenty of big talent seems to be coming through at the Etihad Stadium, such as England youth international Phil Foden, and they’ll hope Bazunu can be another star of the future.