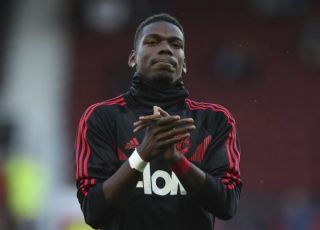 Barcelona, Real Madrid and any other potential Paul Pogba transfer suitors look to have been given a major boost to their hopes of signing the Manchester United star.

That’s according to the Independent, who cite sources inside the club as suggesting United’s stance on the troubled France international is changing.

The report suggests United may no longer see the inconsistent Pogba as a player they’re desperate to hold on to at all costs, with the 25-year-old rarely showing his best form in his time at Old Trafford.

Pogba joined the Red Devils from Juventus over two years ago now, and is yet to really look worth the money or the hype, though some have put that down to Jose Mourinho’s management.

CaughtOffside were recently told that Zinedine Zidane has contacted both Pogba and another fellow Frenchman Anthony Martial about staying at United as he expects to be offered the job of replacing Mourinho soon.

It may be that a change in manager could get the best out of Pogba, but it’s also fair to say he probably could have done more himself by this point to replicate his best performances for Juventus and France.

Still, with Don Balon reporting today of a likely transfer battle between Barcelona and Real Madrid for the World Cup-winner, they’ll take this report from the Independent as good news for their chances.

Pogba does seem likely to improve at a bigger club, surrounded by generally better players and playing a more adventurous style of football.