Barcelona are planning to make a €90M transfer swoop for Man United midfielder Paul Pogba, a player who is set to try and force through a move away from the Red Devils in the January transfer window.

This is according to Don Balon, who note that the former Juventus maestro is desperate to leave the Premier League giants, and that he is try and land a transfer away from Jose Mourinho’s side in the next transfer window.

The report also notes that due to the relationship the player has with United, Barca hope that a €90M offer will be enough to bring him to the Camp Nou. 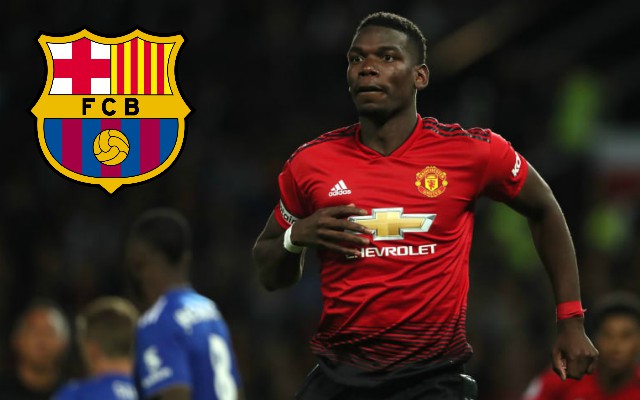 With Man United struggling dearly so far this season, it’s no surprise to hear that Pogba wants to leave the club.

The former Premier League champions have already lost two of their four league games so far this season, with the Red Devils having suffered defeats to Brighton and Spurs.

Pogba would be a class signing for Barca given the abilities he has at his disposal, however he may very well struggle to land a starting place in the Blaugrana’s side should he secure a move.

The club already have stars like Ivan Rakitic, Philippe Coutinho and Sergio Busquets at their disposal, three players Pogba would do well to displace in Barca’s starting line-up.

If Barca do end up making a move for Pogba, it’ll be interesting to see whether they end up being successful and land the midfielder’s signature.