This is according to Diario Gol, who note that the club toyed with the idea of dumping the Uruguayan international this summer, and that once Messi caught wind of this news, he denied the club the chance of selling Suarez.

This seems like a smart move from Messi, as already this season, Suarez has managed to bag two goals and two assists in his first three La Liga games for the Blaugrana.

The Uruguayan has been one of the club’s best players since his move to the Camp Nou from Liverpool in the summer of 2014, a rank he can still easily boast about today. 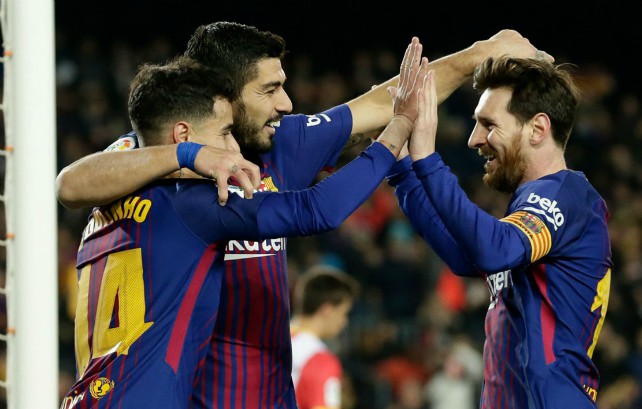 Although some fans claimed Suarez declined last season, the 31-year-old still managed to score 31 times and bag 18 assists in all competition, a return that’s pretty impressive for a player who’s supposedly on the decline!

Although Barca will definitely have to think about replacing Suarez in the not-too-distant future given his age, it seems like the club will be going with the Uruguayan as their main striker for the time being if this report is anything to go by.