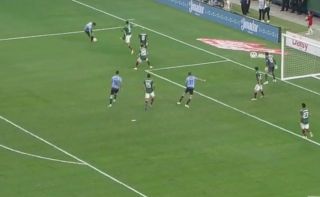 Luis Suarez put in a world class performance for Uruguay last night, as he scored two fantastic goals as well as contributing a fine assist to help his side hammer Mexico 4-1.

The Barcelona star, who has seemingly declined a bit in recent years, showed no signs of that last night, as his 10/10 performance ended up being the deciding factor in Uruguay’s win over Mexico.

Suarez’s free kick was absolutely pinpoint, and his penalty was nothing short of sublime as he guided Uruguay into a 3-1 half time lead.

The former Liverpool man then wrapped up his near-perfect performance midway through the second half, as his ‘Rabona’ cross was turned home by Gaston Pereiro to give the South American side a 4-1 lead.

Here are all the clips of Suarez’s goals and assist last night, an evening we’re sure the player or Uruguay fans will forget in a hurry!

One of the greatest assists I’ve ever seen by Luis Suarez pic.twitter.com/KM0qdrR004