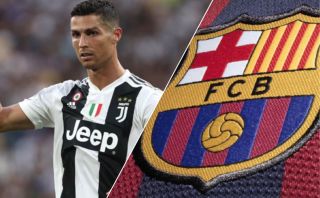 Cristiano Ronaldo has urged Juventus to make a January transfer swoop for Ajax and Holland youngster Matthijs De Ligt, a player who is also a target for Barcelona.

This is according to Don Balon, who state that the former Real Madrid star wants Juve manager Massimiliano Allegri to have a super squad at his disposal in order to help him compete in the Champions League.

The report also notes that as well as De Ligt, Barca are also keen on Frenkie De Jong, so it looks like the Blaugrana’s squad could be filled with young Dutch talent if things go their way.

De Ligt has already managed to cement his place in Ajax’s starting XI, an impressive accomplishment considering the player is only 19 years old.

The youngster’s composure and ability on the ball would make him a great addition to either Juventus or Barca’s side.

The Dutchman has also been known to play as a defensive midfielder on occasion, versatility that could definitely come in hand for either side in the future.

Now all that remains is to see whether the Old Lady listen to Ronaldo’s pleas and go for De Ligt in the January window, and it looks like if they do, they’ll have Spanish giants Barcelona to deal with.