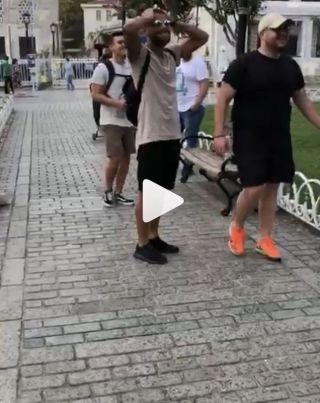 Barcelona midfielder Rafinha kicked a child’s ball into a tree over the weekend, on the streets of Turkey as he continues to be left out at the Camp Nou.

The 25-year-old has struggled for playing time so far at the start of the new La Liga season, featuring just once as a substitute in Barca’s opening three matches.

The Brazilian is a product of the Spanish champion’s youth system, but he has only managed to make 79 appearances in the famous red and blue shirt during his seven-year stay at the club.

It appears that Rafinha might not be ready to break through as a regular in Ernesto Valverde’s line-up any time soon either, if this latest video of him attempting to assist a child playing is anything to go by.

Rafinha can be seen skying a kid’s ball into a nearby tree whilst walking through the streets in Turkey below, in a video he posted on his Instagram account.

Barcelona fans will now surely hope that he gets back on the training ground as quickly as possible to sort out his passing!

Barcelona agree to midfielder’s exit on initial free transfer in deal worth up to €3m October 5, 2020 21:17
FC Barcelona