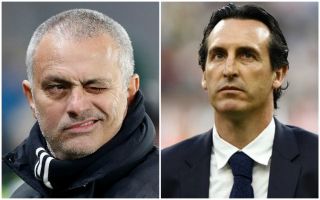 Barcelona are reportedly looking into sealing the transfer of a new left-back this January, with Arsenal defender Nacho Monreal among their somewhat surprising list of targets.

According to Don Balon, Monreal is up there with Liverpool’s Alberto Moreno as an option for Barca, who seem keen to have a backup in place in case Jordi Alba gets injured.

Still, some big names are also being looked at as well, with Don Balon mentioning Benjamin Pavard and Filipe Luis as other options for the Catalan giants.

This comes as first-choice left-back Alba is linked with Manchester United, with another Don Balon piece stating the 29-year-old’s talks over a new contract have not made any progress.

The Spain international could be a fine signing for United, and if Monreal were to leave Arsenal for Barcelona, one imagines that would do the Red Devils’ chances little harm.

It seems sensible for Ernesto Valverde’s side to be looking into signing cover in that area as Alba’s contract at the Nou Camp is due to expire at the end of next season.

One imagines Jose Mourinho and co. will be keeping an eye on how this saga pans out in January.