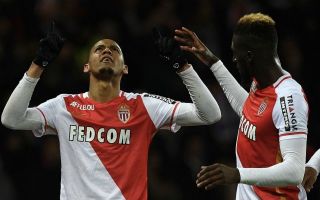 Liverpool’s summer signing Fabinho insists that Chelsea made a mistake when they let Tiemoue Bakayoko join AC Milan on loan during the transfer window.

Bakyoko moved to Stamford bridge from AS Monaco in 2017 as then manager Antonio Conte identified him as the man to replace Nemanja Matic in a holding role in midfield. Despite a promising start, the Frenchman struggled to make an impact over the course of the season, as the Blues finished the season fifth in the league and outside the Champions League places.

The 24-year-old midfielder racked up 43 appearances in total in all competitions and picked up an FA Cup winners medal but he was ultimately deemed surplus to requirements after Maurizio Sarri was brought in to take over as head coach this summer.

Bakayoko signed a one-year loan deal with Italian giants AC Milan in August and the Rossoneri have the option to make that move permanent when the contract expires next May – as per Metro Sport.

However, one man who believes that Chelsea will ultimately end up regretting allowing the midfielder to leave is Liverpool’s £44 million transfer window acquisition Fabinho – as per Sky Sports – who also moved to the Premier League from Monaco and therefore has first-hand experience playing alongside Bakayoko.

According to Metro Sport, the Brazil international said to reporters when asked about his former teammate: “I don’t think he struggled that much. I watched a few games and he seemed always good to me.

“Obviously, in your first season in a new club it’s always difficult and I wasn’t expecting him to leave, but AC Milan are getting a great player.

“I’m sure he’ll be able to prove how good he is and show what he did at Monaco. ‘I’m sure if he comes back to England he will be stronger and will show everyone what he’s capable of.”

Chelsea have made a strong start to life under Sarri at the beginning of the 2018-19 campaign, winning all four of their opening games to lead the table along with Liverpool and Watford.

It remains to be seen whether or not Fabinho’s comments will ring true by the end of the year, but it is not beyond the realms of possibility that the Blues could perform a U-turn in 12 months time if Bakyoko proves his worth in Serie A.