Real Madrid are reportedly in pole position to beat rivals Barcelona to the transfer of Fluminense forward Pedro Guilherme as he wants a move to the Bernabeu.

This is because the young Brazilian expects Paris Saint-Germain star and fellow countryman Neymar to also be on his way to the Spanish capital next season, according to Diario Gol.

The 21-year-old has caught the eye in his native Brazil and could now be set for a big move in the near future as La Liga’s big two seemingly fight it out for his signature.

Diario Gol also mentions interest from Barcelona, but state that Madrid look the favourites to pull off this signing at the moment. 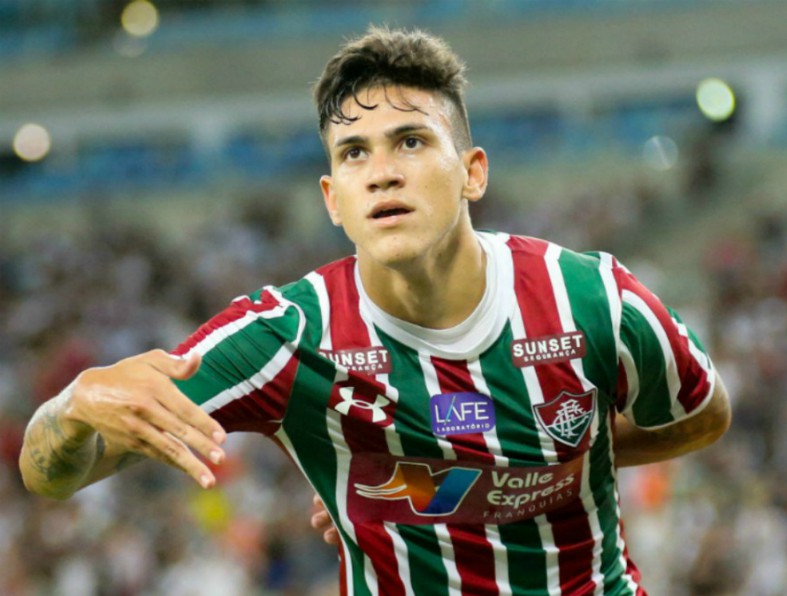 Pedro Guilherme in action for Fluminense

While this is exciting because of the player’s immense potential, it is also very good news indeed for Los Blancos fans if it means Neymar is also looking like being on his way.

The PSG front-man has been linked with Real on a number of occasions ever since he left Barcelona for the French capital, and this talk is certainly not dying down so far this season.