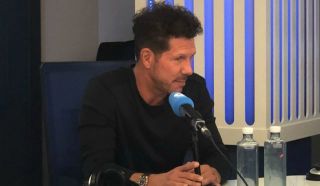 Atletico Madrid manager Diego Simeone has taunted rivals Real Madrid over two of their summer transfers in an outspoken interview with Spanish radio.

The Argentine has stated his side are now closer to Real Madrid after their sale of Cristiano Ronaldo to Juventus, and also took a dig at Los Blancos’ new signing Thibaut Courtois.

MORE: The player Real Madrid need to keep hold of if they’re to secure Neymar transfer

The Belgian goalkeeper played for Atletico under Simeone a few years ago when he was on loan from Chelsea, before returning to Stamford Bridge to establish himself as number one.

Courtois has since found himself back in the Spanish capital, joining Real from Chelsea this summer, but Simeone has stated his belief that his current first-choice ‘keeper Jan Oblak is the better player.

‘Courtois would not be a starter at Atlético, Oblak is better,’ he is quoted by Marca.

And when asked about the gap between themselves and Real being closed, he said: ‘Yes, sure.’ 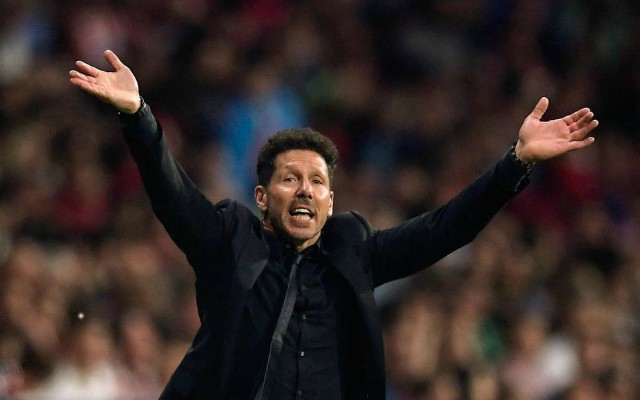 Diego Simeone has been speaking about Real Madrid

Atletico have become major contenders for big prizes under Simeone’s management, upsetting the Madrid and Barcelona domination by winning La Liga in 2013/14.

The 48-year-old has also guided the Rojiblancos to two Champions League finals, being extremely unlucky to lose both.

Many neutrals would no doubt love Simeone’s side to do something big again this season, having won the Europa League final last year.

Simeone is also quoted in the interview as strongly stating his belief that Antoine Griezmann is the best player in the world at the moment and should be in contention for individual honours.