Barcelona are said to be eyeing up a move for Inter Milan and Slovakia defender Milan Skriniar, a player who could seriously bolster Barca’s options in the centre of defence.

As per Don Balon, the Blaugrana are interested in signing the 23-year-old, and that the club are aiming to make a move for the defender next summer.

MORE: Barcelona failed to seal bargain transfer of Spanish superstar back in 2014 for this reason

The report also states that Inter are willing to let Skriniar go for around €50M, a price that definitely seems to be worth paying given how good the player actually is.

Signing Skriniar would be a very smart move for Ernesto Valverde’s side to make, as during his time at the San Siro, Skriniar has shown that he has huge ability and potential in his locker. 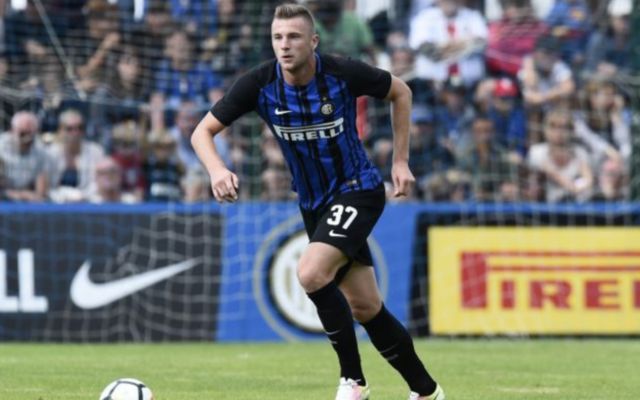 Despite being just 23, Skriniar has already managed to cement his place in Inter’s starting XI, an impressive feat given the fact that the Nerazzurri are one of the biggest clubs in Italy.

The defender played in every single league game for Inter last year, as he helped them secure a top four finish in Serie A and the Champions League football that comes with it.

Barca signing Skriniar would definitely bolster the options available to the club in defence, and his signing, should they secure it, would give the club a long-term replacement for Gerard Pique.

With Pique now 31 years old, Skriniar arriving at the Nou Camp would allow the club to relax about seeing the Spaniard depart, as they would have a player able to slot into the team at ease in the form of the Slovakian.