Arsenal have reportedly suffered a setback in contract talks with Aaron Ramsey as talks have broken down due to the uncertainty over the future of CEO Ivan Gazidis.

The 27-year-old has firmly established himself as a key figure at the Emirates since joining in 2008, making 333 appearances for the club while scoring 58 goals and winning three FA Cups.

Despite being set for a prominent role in Unai Emery’s plans moving forward, there are ongoing question marks lingering over the Welshman’s future as his current contract expires next summer, thus leading to the possibility that he could leave on a free transfer.

In turn, it’s no surprise that Arsenal are pushing to agree on new terms. Ideally, it will lead to Ramsey committing his long-term future to the club, but even if it is to merely protect their own interests and avoid losing him for nothing, the Gunners must put a deal in place.

According to The Sun though, it’s claimed that talks over a new £250,000-a-week contract have broken down, and that’s due to the uncertainty over Gazidis, with the Arsenal CEO linked with a move to AC Milan and it has also been suggested that Ramsey might follow him to Italy, as noted in the report.

It remains to be seen whether or not the matter can be resolved in the near future, as it’s a far from ideal situation for the club or the player with the issues over his future lingering in the background.

Nevertheless, it seems until Gazidis makes a decision on his future, that could have a knock-on effect for Ramsey and that in turn leaves Arsenal at risk of suffering a double setback if Milan get their way. 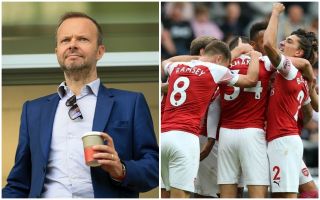