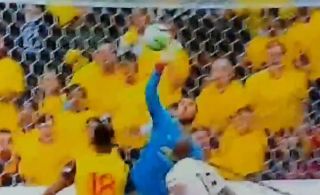 Manchester United goalkeeper David de Gea has pulled off an incredible save early on in the Premier League game against Watford.

The Spain international is known for being one of the finest players in the world in his position and it’s stops like this that just confirm that.

With Troy Deeney powering it towards goal from close range, De Gea reacted superbly to palm away the Watford star’s effort.

Manchester United haven’t made the best of starts this season and will need more heroics like this from De Gea if they are to improve.

Good save from De Gea pic.twitter.com/MpT4nJNiRG