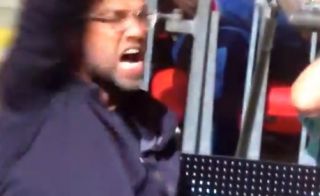 Liverpool manager Jurgen Klopp was spotted giving Mohamed Salah a real earful towards the end of the Tottenham game today.

The Egypt international at one point chose the somewhat selfish decision of not passing late on as the Reds hung on to a slender lead at Wembley.

In the end, Klopp’s side held on, but the German tactician was clearly furious that Salah took such a selfish and risky decision that resulted in the team losing the ball.

See below as Liverpool fan and blogger Jordan Chamberlain noticed Klopp’s anger at one of the club’s best players – with standards clearly very high at Anfield this season!

Klopp begging Salah to pass the football late on! pic.twitter.com/IZpbWTreIn