Liverpool forward Roberto Firmino has reportedly got his club ‘sweating’ over his eye injury as he’s had to go to hospital.

The Brazilian was on the end of a nasty challenge from Tottenham defender Jan Vertonghen in today’s game at Wembley, and had to go off in the 2-1 victory.

MORE: (Photo) Liverpool star sends message to fans as he looks ahead to huge game vs PSG

Firmino scored the winner in a big win for the Reds, but that result has now been marred with news that the player has had to go to hospital to have his eye injury looked at, according to the Telegraph.

LFC will hope they don’t have to be without the 26-year-old for too long as he’s become such a key player for the club, but the Telegraph suggest there has been a bit of a scare with this. 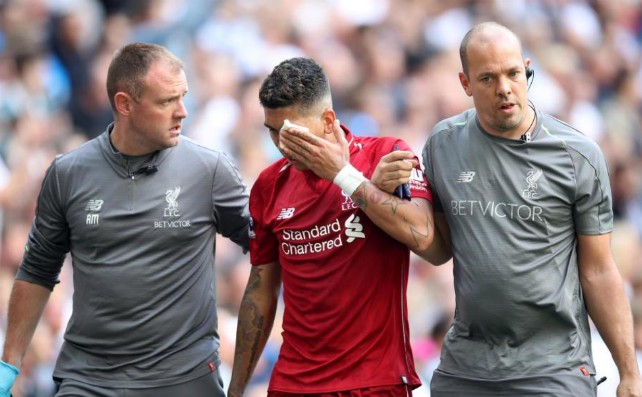 The report states Firmino was taken straight to the Moorfields Eye Hospital in London, and that Jurgen Klopp has to wait to see if he can return for the Champions League game against Paris Saint-Germain on Tuesday night.

Liverpool have Daniel Sturridge and Dominic Solanke in reserve, but few forwards in world football can really offer the team what Firmino does.