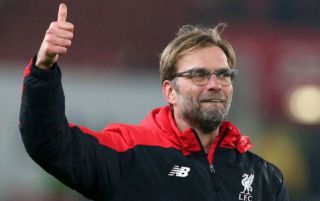 Liverpool have seemingly received a transfer boost as rumoured target and Cagliari starlet Nicolo Barella has revealed a desire to play in the Premier League.

The 21-year-old was in fine form on Sunday night as he played a key role in his side’s 1-1 draw with AC Milan, showcasing exactly why he is being touted as a top talent for the future.

So much so that even Sky Sport Italy pundit Andrea Pirlo has tipped him to be a regular for Italy before too long, as per Calciomercato.

Nevertheless, speculation over his club future remains rife, and he has seemingly given an insight into where he would ideally like to see his future with a move to England perhaps on his radar.

“If I had to choose between Serie A and the Premier League, I’d go for England, because I like the way they approach the game,” he is quoted as saying by The Sun. “Plus everyone there is just as irritable and prone to fouls as me!”

Liverpool, Milan and Tottenham are all specifically mentioned in the report as interested parties, and so time will tell who is able to eventually prise him away from Cagliari when he considers it to be the right time to take the next step in his career.

Further, the Sun note another bizarre reason as to why the Reds could lead the race for the Italian starlet, as it’s suggested that due to his desire to meet NBA superstar LeBron James, as noted in his comment below, the fact that the American owns a stake in the Merseyside giants could also smooth over a possible deal.

“My dream is to get a nice house with a garden and a pool. And to meet LeBron James.”

It remains to be seen if that becomes a genuine factor but for now Barella looks set to continue to impress in Serie A after bagging six goals in 34 games last season, and it seems he will likely continue to receive praise and attention from elsewhere if he stays consistent. 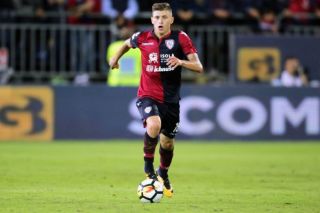