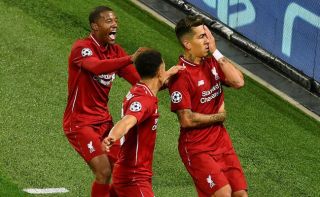 Roberto Firmino’s late winning goal for Liverpool against Paris Saint-Germain in last night’s Champions League thriller helped the club to six wins from their first six games of the season.

Incredibly, it’s the first time since all the way back in the 1961/62 season hat the Merseyside giants have made such a strong start to a campaign.

Liverpool had gone 2-0 up against PSG before being pegged back to 2-2 thanks to goals from Thomas Meunier and Kylian Mbappe.

But Firmino struck a superb late winner to make it 3-2 and maintain this immense start by the Reds, giving them their best start to a season in 57 years, according to Opta.

1961 – Liverpool have won their opening six competitive matches of a season for the first time since 1961-62. Contenders. pic.twitter.com/EMMKCTX44k

This just illustrates the big improvement made at LFC since Jurgen Klopp took over as manager in 2015.

The German tactician guided the club to the Champions League final last season playing some of the most attractive football in Europe.

And now, with some exciting summer signings, Liverpool truly look like a team that could finally end their long run of failure in the Premier League, with no title since 1990.

Rarely have they looked as capable of ending that run since that year, and this hugely impressive 100% start shows that.

And to think Firmino almost didn’t play after a nasty eye injury just days before – what an impact!