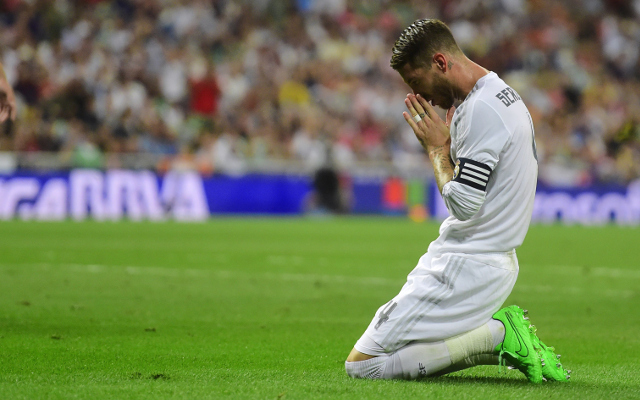 Real Madrid captain Sergio Ramos has established himself as one of the most decorated players in Europe, but he’s also picked up an unwanted tag in the Champions League.

The 32-year-old has won the competition four times, making well over 100 appearances in it as both he and the Spanish giants have enjoyed great success over the past five years.

However, after picking up a booking in the win over Roma at the Bernabeu on Wednesday night, the Spanish international overtook Paul Scholes to become the most cautioned player in Champions League history with 37 cards, as per Mundo Deportivo.

It’s nothing new for Ramos as he already holds the record for most cards in La Liga with 165, and so ill-discipline has undoubtedly been a problem for him over the years.

Nevertheless, Julen Lopetegui isn’t going to mind the odd yellow card here or there provided that his defensive leader continues to help them advance in the competition, and that’s exactly what he did in midweek as the reigning European champions started the new campaign with a win.

As noted by Mundo Deportivo, Ramos also holds some most positive records due to his goalscoring exploits for club and country, and so there is no doubt that overall he has been a fundamental part of Real Madrid’s success since he arrived from Sevilla.

Both Ramos and Lopetegui will hope though that those cards don’t accumulate this season or perhaps take on a different colour at some stage, as any suspension or absence will undoubtedly hurt Real Madrid in their bid to defend their crown and win a fourth consecutive trophy.