Erik Lamela doubled Tottenham’s lead against Brighton in the 76th minute of this evening’s Premier League encounter at the Amex Stadium.

Lamela paid off Mauricio Pochettino’s decision to bring him on scoring only eight minutes after being substituted on for Heung-Min Son.

Lamela’s fortunes have changed in recent months and attacker who was once labelled a ‘flop’ for Spurs is now playing some of his best football for the club to date.

Lamela signed for Spurs in the summer of 2013 for a deal worth up to £25.7m according to BBC Sport. Lamela failed to live up to his price tag delivering poor performances for the The White Hart Lane outfit as well as having to deal with injury troubles during his time in North London.

Lamela drove forward with the ball before playing the ball wide into Danny Rose, although the Argentinian ace didn’t stop there as he continued his run receiving a great pass back from Rose before calmly stroking the ball into the back of the net.

Check out Lamela’s goal below:

Danny Rose gets in down the left and picks out Erik Lamela perfectly who steers the ball into the bottom corner to double our advantage!

Wonderful finish from Erik Lamela and Spurs have doubled their lead at Brighton.

? Erik Lamela has scored 4?? goals in his last 4?? #PL appearances for @SpursOfficial – as many as he had in his previous 58 combined#BHATOT pic.twitter.com/iIYi47zn0V

Lamela added some much needed creativity and a ‘spark’ to the Tottenham side this evening and he may well prove to be a useful first team player for Spurs this season. 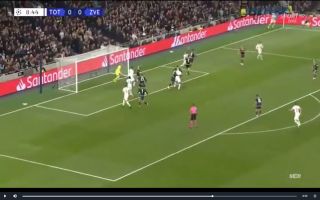