Barcelona have drawn up a shortlist of five managers in case current boss Ernesto Valverde ends up departing the Camp Nou at the end of the season.

This is according to Diario Gol, who report that the former Athletic Bilbao manager could very well end up not renew his current contract with the club, and that the club have already made a list of possible replacements for the Spaniard.

The report notes that these five coaches are Laurent Blanc, Ronald Koeman, Michael Laudrup, Philip Cocu and Quique Setien, all managers who may very well struggle to adapt to life of managing one of the biggest clubs in the world bar Blanc.

Valverde’s time so far at Barcelona has been a successful one, as the Spaniard has managed to win a La Liga title, Copa Del Rey and Spanish Super Cup during his 15 months in charge at the Nou Camp.

Barcelona nearly managed an unbeaten league campaign under Valverde last year, with their only loss coming in their 37th game away to Levante.

Koeman, Laudrup, Cocu and Setien have never managed a club as big as Barca, and one wonders whether any of them will be able to cope with coaching one of the biggest and best clubs on the planet. 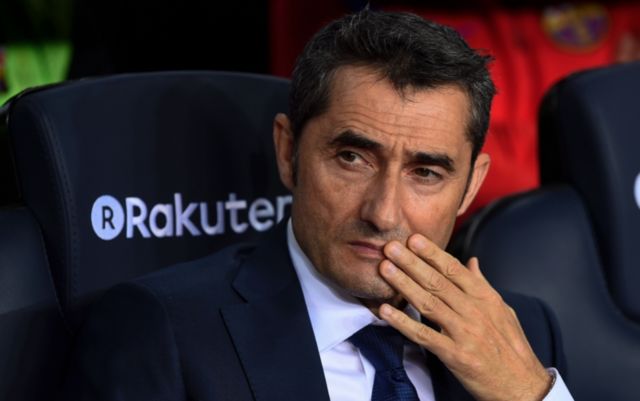 Blanc is the only manager on that list that has previously managed a huge club, as he spent time as boss at PSG a few years back, however even some would surely doubt whether he’ll be able to deal with the pressure of being in charge at the Nou Camp.

At least, if Valverde does leave, the club are preparing themselves, something we’re sure their fans will be delighted to hear.