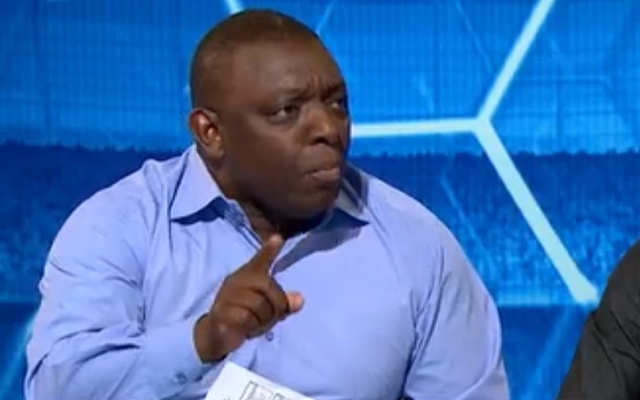 Although he’s given Paul Pogba a break from his criticism this week, Garth Crooks has instead focused his attention on Arsenal striker Alexandre Lacazette.

As noted by The Daily Star, the BBC Sport pundit can often be found having a go at Pogba’s hair, even when he’s impressed him enough to be included in his Premier League team of the week.

Not satisfied with that ridiculous groan, Crooks appears to be hell-bent on sucking all the fun out of football as he has now placed Lacazette in his firing line after his celebration at the weekend in the 2-0 win over Everton.

As seen the video below, the Frenchman proceeded to celebrate with a dance after he had scored a brilliant goal against the Toffees, but Crooks clearly wasn’t impressed even if the 27-year-old was having a bit of fun and enjoying the moment.

“You are entitled to celebrate,” he wrote in his BBC Sport column. “What I don’t get is the appalling disco jig that follows. Why spoil such a wonderful finish with such a spine-chilling dance? What’s wrong with punching the air or running to the crowd?”

Oh Garth. Just let the lad have his moment and enjoy it how he sees fit. Admittedly some of the celebrations we see nowadays are pretty cringeworthy and ridiculous, but it’s the way of the football world now and there are surely more important things to be concerned with and that are worth critiquing.