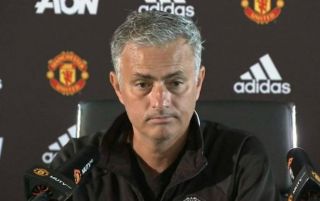 Man Utd could reportedly be set to see two players leave next year with Paul Pogba and Matteo Darmian being linked with exits.

As noted by The Sun, ongoing reports suggest that all is not well between Jose Mourinho and Pogba, with the pair clashing last weekend before the Frenchman publicly criticised the team’s approach under the Portuguese tactician.

In turn, it doesn’t sound particularly positive from a United perspective in terms of the pair staying together at Old Trafford and getting the best out of each other, and so perhaps an exit could be forthcoming.

According to Calciomercato, via the paper edition of Tuttosport, Pogba wants to leave Man Utd, and one of his preferred destinations is a return to Juventus.

The 25-year-old enjoyed a pivotal spell with the Turin giants previously, emerging as one of the most talented midfielders in Europe as he looked settled, calm and was enjoying the role given to him.

With that in mind, an argument could be made that to further his career and win additional honours, an exit from United could be the best possible solution for all concerned given the issues that continue to arise.

Barcelona are also touted as a possible destination and so the World Cup winner has some impressive options on the table if the report is accurate, with either Juve or Barca capable of getting the best out of him and allowing him to express himself on the ball.

Meanwhile, that’s not the only exit being touted, as Calciomercato add that Darmian could be set to leave Man Utd as he continues to struggle for a prominent role under Mourinho.

The 28-year-old has made just one appearance in the Premier League so far this season, and with Luke Shaw impressing at left back coupled with the arrival of Diogo Dalot to give Mourinho options at right back, it seems the Italian’s time at Old Trafford is coming to an end.

Juventus are linked again with Inter also said to be interested, and so Darmian may well join Pogba in Turin next year if these exits materialise.