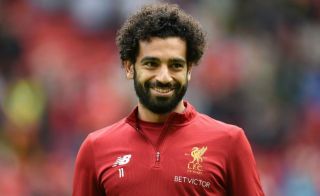 Liverpool ace James Milner was as surprised as most of us it seems after Mohamed Salah won the Puskas Goal of the Year award at FIFA’s ‘The Best’ ceremony on Monday night.

The 26-year-old landed the award for his fine effort against Everton in the Premier League last December, as seen in the video below.

While there’s no doubt that it was a quality effort from the Egyptian international, many were left baffled as he ultimately beat the likes of Gareth Bale and Cristiano Ronaldo to the award despite two incredible strikes from the pair.

Bale’s even came in a Champions League final which seemingly didn’t add any weight to his argument, while his former Real Madrid teammate got a standing ovation from the opposition crowd for his effort in Turin as they both showed superb technical quality to execute their overhead kicks.

Still, it wasn’t enough to impress as Salah’s solo goal against Everton won the award, and as seen in his tweet below, Milner couldn’t quite believe it either as he rated that as his teammate’s ‘7th best goal from last season’ as he teased him over his latest accolade.

It has to be said he probably did score more impressive goals last season and so the entire decision seems rather strange. Nevertheless, he’s got another award on his mantelpiece, even if Milner and the rest of us are still a little surprised…