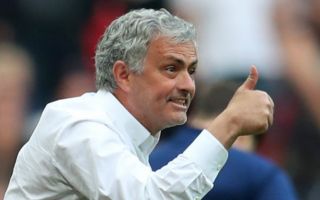 Manchester United manager Jose Mourinho has suggested he thought Phil Jones would miss his penalty tonight in the defeat to Derby County.

The Red Devils went 1-0 up in the first half thanks to a well-worked Juan Mata goal, but threw their lead away in the second period as the Championship side raced into a shock 2-1 lead late on.

MORE: Jose Mourinho reveals what he said at half time before Manchester United threw away lead vs Derby

Marouane Fellaini then managed an equaliser before United lost the penalty shoot-out thanks to Jones’ tame effort being saved.

The England international didn’t exactly look the most inspiring bet to take a spot-kick in such a high-pressure situation, and Mourinho made little attempt to protect his player’s confidence afterwards.

Mourinho, "The penalties come and after the 6th I knew we were going to be in trouble with Bailly and Jones."

Speaking to reporters after the defeat, the Portuguese made it clear that he had Jones and Eric Bailly up next to take penalties, and that when he saw them he knew his side were in trouble, as quoted by Chris Winterburn.

Not exactly the message Jones would have wanted to hear after letting his team down like that – no wonder the team spirit at Old Trafford looks so dismal right now!