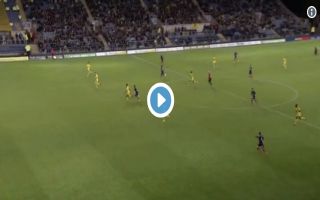 Manchester City midfielder Phil Foden has capped a fine individual display in the Carabao Cup by scoring his first goal for the club.

The Premier League champions secured a 3-0 victory at the Kassam Stadium against Oxford United on Tuesday night, thanks to goals from Gabriel Jesus, Riyad Mahrez and Foden, to continue their winning run on the domestic front.

The 18-year-old playmaker was fantastic against the League One outfit and also provided an assist in the match, much to the delight of supporters and club manager Pep Guardiola.

The English sensation took his goal brilliantly coming into the box from the left-hand side, lacing a controlled effort into the far corner of the net to round off a solid night’s work for the Citizens.