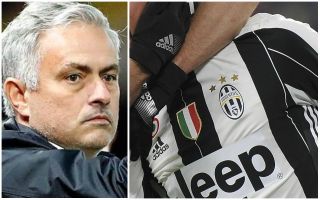 Manchester United look to be among the clubs handed a major potential transfer boost in the pursuit of Juventus forward Paulo Dybala.

Recently linked with the likes of United and Chelsea by the Daily Mirror, it was claimed at the time that the Argentina international was rated by his club at around £100million.

Dybala’s stock has certainly fallen of late, however, with the 24-year-old not fulfilling his potential at Juventus and falling down the pecking order this season with the arrival of Cristiano Ronaldo.

That being the case, Don Balon report that Dybala is now pushing for a move away from Juve, with Real Madrid his preferred destination.

That report also states, however, that the South American attacker’s asking price is likely to have fallen considerably recently, with £71m now roughly the amount he’d command in the transfer market.

If, as the Mirror previously stated, United are interested in Dybala, this looks like hugely encouraging news.

And it would certainly make sense for the Red Devils to pursue this move if they could get him relatively cheap, with Dybala having the raw ingredients to be a big upgrade on the under-performing Alexis Sanchez in their attack.