Manchester United manager Jose Mourinho’s latest row with Paul Pogba is typical of a man prone to falling out with his players on a regular basis.

The Portuguese boss has become renowned for his prickly, uncompromising and argumentative demeanour in recent times, alienating those around him and negatively affecting his ability to produce results on the pitch.

The rumoured friction between the 55-year-old tactician and Pogba came to a head on Tuesday, as the Frenchman was stripped of his vice-captaincy duties for his comments on United’s negative style of play in the wake of their drab 1-1 draw against Wolves on Saturday.

Mourinho is once again in the spotlight for all the wrong reasons, which has left his current position at Old Trafford very much in doubt heading into a crunch Premier League fixture against West Ham in four days time.

No one in football has been surprised by the enigmatic coach’s latest meltdown because it is not the first time he has publicly fallen out with a member of his squad at one of the clubs he has managed.

Since the turn of the decade, Mourinho has gone from being one of the most revered and respected managers in the game to becoming something of a cartoon character, seemingly losing his unique ability as a man motivator and allowing himself to be consumed by rage and frustration.

Here we take a look at five of his most notorious run-ins with his own players over the course of his career, which should further emphasise the fact that he has spectacularly lost his mojo as a leader of men…

In the third year of Mourinho’s stay at the Santiago Bernabeu, club legend Iker Casillas had a major bust-up with the Portuguese chief which would have lasting ramifications on the rest of his career in the game.

The Spanish goalkeeper made over 700 appearances for the club during a 16-year spell, but after trying to negotiate a truce with Barcelona and the national team, Mourinho forced him into the background and branded his actions as a betrayal – according to the Daily Mail.

The manager parted ways with the La Liga giants in the summer of 2013 and Casillas ultimately never regained his number one status between the sticks for the club he had been a loyal servant to for well over a decade. 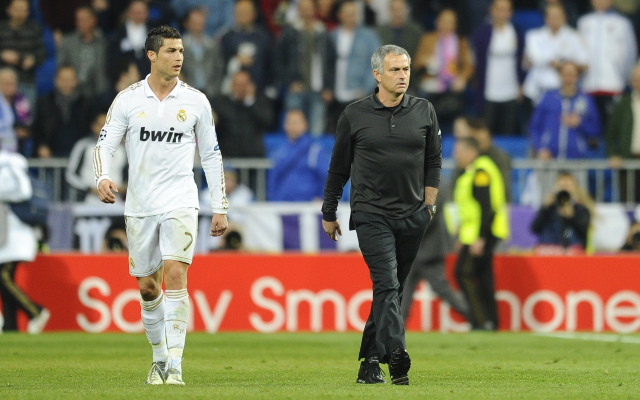 Another key reason for Mourinho’s failure in the Spanish capital was his fraught relationship with club talisman Cristiano Ronaldo, who was the main man at the Bernabeu during his 9-year stay between 2009-2018.

The 5-time Ballon d’Or winner frequently took issue with Mourinho’s negative tactics during his reign as head coach and by the end of the 2012-13 campaign, the two men were on the verge of coming to blows – as per Sky Sports.

Two of the most egotistical, talented and outspoken figures in the game coming together was never likely to end well, but this particular saga threatened to tear the club apart from the inside before Mourinho’s eventual departure.

Mourinho’s second spell at Chelsea would end up being extremely different to his first, as he mixed success domestically with civil unrest within the walls of the changing room. The ever forthright and frank boss publicly criticised the Belgian winger on a number of occasions and the situation eventually came to boiling point in his final year at Stamford Bridge.

A well-publicised row with club doctor Eva Carneiro saw Mourinho lose the confidence of his players at the start of the 2015-16 campaign as the team embarked on an extraordinary losing run, during which he pointed the finger at Hazard once again – as per the Daily Mail.

Mourinho was sacked in December that year with Chelsea in 16th place and Hazard miraculously rediscovered his best form for the team in the new year.