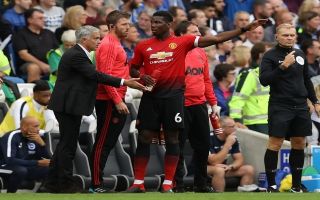 Liverpool legend Jamie Carragher is the latest to give his verdict on Paul Pogba following a training ground bust-up between Manchester United’s Paul Pogba and Jose Mourinho.

Footage of the argument has sent shockwaves throughout the football world and fans are beginning to question Pogba’s erratic behaviour towards his manager.

Pressure has been mounting between the pair recently with Mourinho stripping Pogba of the United vice-captaincy and Pogba taking to Instagram to post a ‘funny’ video to fans whilst watching from the stands as United fell to defeat against Derby last night in the Carabao Cup.

25-yer-old Pogba returned to Manchester United from Juventus in the summer of 2016 for a world record fee understood to be £89m according to BBC Sport. Although the Frenchman has largely failed to live up to expectations during his second spell at United.

Wow! Look at this exchange between Pogba and Mourinho in training this morning ?? pic.twitter.com/mlcxvaL9yn

Premier League legend Carragher was critical of Pogba’s behaviour and form for United whilst covering Liverpool’s clash with Chelsea in the Carabao Cup for Sky Sports this evening.

“In terms of Paul Pogba, I don’t know if he’s worth the hassle for what he gives on the pitch.”

Pogba has failed to consistently turn in the performances expected for his price tag for United since he rejoined the side and a major talking point with the midfielder has been that he is hit and miss with United despite having huge success whilst away with France.

His performances at this summer’s World Cup with France led to United fans being optimistic about the former Juventus man heading into the new season but once again Pogba has struggled to be the game-changer that United so desperately need.

“There’s talk of him moving on, leaving Man Utd. There’s other clubs in the world who haven’t got Paul Pogba who have been very successful. Barcelona being one.”

“I do think there is talent there, but talk of Barcelona? I can’t think of a more ill-fitting player for Barcelona. Carragher said.

“Barcelona are all about discipline, staying in position, playing for the team. That is totally against everything Pogba plays for. Pogba plays for himself, does his own thing.” 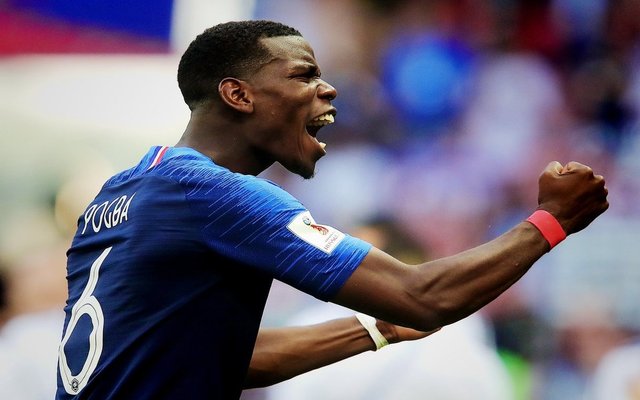 Carragher raises a good point about the midfielder’s potential hopes of joining Barcelona in the future.

Barcelona have managed to maintain harmony amongst their squad in recent years despite so many superstars playing alongside each other with the the intentions of cementing themselves as the best in the world.

This is not to mention superstars still remaining in good spirits once joining knowing full will they will be playing second fiddle to Lionel Messi.

Do you really think someone with such a brash, erratic personality like Pogba would be a good fit with the likes of Luis Suarez, Philippe Coutinho and Lionel Messi.

Pogba will need to improve his behaviour considerably in the near future because it is unlikely that teams such as Barcelona and Real Madrid would accommodate a player who looks to shift the blame every time things aren’t going well for his side.