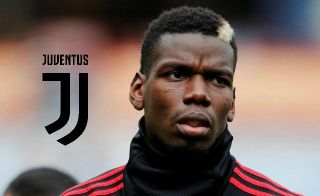 Juventus sporting director Fabio Paratici has responded to the recent Paul Pogba transfer speculation linking the Manchester United midfielder with a move back to his old club.

A recent claim made by Tuttosport, with translation from the Daily Mail, claimed Pogba was keen on a move back to the Italian giants, whom he left for United in the summer of 2016.

Since then, the France international’s form has taken a significant dip as he’s looked nowhere near the player who dominated Serie A for much of his time in the Premier League.

It would not be a big surprise to see Pogba move on as Sky News footage yesterday caught a glimpse of what looks to be a deteriorating relationship with manager Jose Mourinho.

However, other big clubs have also been linked with the 25-year-old, with the Daily Mirror mentioning Barcelona as among those chasing him, with the Red Devils also said to be keen to offload him.

Paratici, however, seemed to play down any talk of Pogba moving back to Juve, with Calciomercato quoting his answer in a press conference.

‘He’s a Manchester United player, as long as that’s the case, it is better not to talk about other players,’ Paratici said when asked about the Pogba transfer talk.