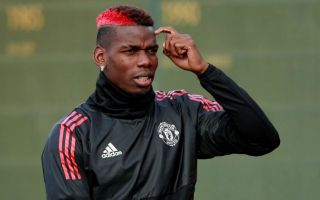 Manchester United midfielder Paul Pogba is reportedly not interested in joining Real Madrid, Juventus or Paris Saint-Germain as he only wants a transfer to Barcelona.

This is according to the Daily Mirror, who report that Barca seems Pogba’s likeliest destination at the moment amid his ongoing row with Jose Mourinho at United.

MORE: No Paul Pogba, new formation: How Manchester United should line up in order to bounce back vs West Ham

There is one issue, however, and that is that Barcelona are currently only willing to pay £100million for the France international – half of the Red Devils’ staggering £200m asking price, according to the Mirror.

It certainly seems as though Pogba won’t be short of offers if he does leave United, but one has to wonder if the club are being realistic with such a ridiculously high asking price for a player who has barely performed since he joined from Juventus in 2016.

The 25-year-old showed flashes of his best form at the World Cup with France this summer as he played a starring role in helping his country lift the trophy, but he’s rarely looked anywhere near that kind of player for United.

Questions have to be asked about his attitude and temperament, and whether or not his ability alone can see him fulfil his potential at the highest level.