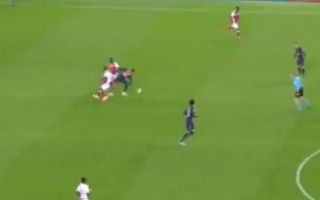 Paris Saint-Germain have started the Ligue 1 campaign in fine form and Neymar certainly looks to be enjoying himself.

The reigning champions made it seven wins in seven games as they have opened up an early eight-point lead over nearest rivals Lyon.

An influential part of that bright start is the form of Neymar, with the 26-year-old scoring five goals and providing three assists in eight games in all competitions so far this season.

However, he took a break from scoring and assisting to pull off this wonderful bit of skill to spark a dangerous PSG attack, as he effortlessly got away from two Reims players in midfield with a wonderful turn and bit of skill to create space for himself.

It’s a surprise that he wasn’t then hacked to the floor as he so often seems to be, albeit with many accusing him of diving during the World Cup, with his exaggerated reactions certainly not helping his cause.

Nevertheless, on this occasion, you simply have to appreciate the quality involved and as he also continues to be decisive in the final third, he’s ticking all the right boxes to keep PSG in the hunt for major honours and to keep his fans happy and entertained.

Naturally, the defeat to Liverpool in the Champions League was the important setback that they wanted to avoid, but time will tell if the French champions can get their act together in Europe and compete for the trophy this year. 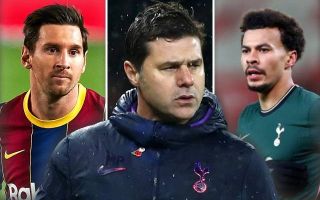