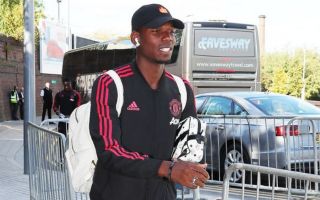 Manchester United midfielder Paul Pogba was snapped on his way to the West Ham game for his club this weekend as he prepares to play for the first time since this week’s big training ground incident.

The France international has not had the best few days, having had the captaincy taken off him and then having a strong exchange with his manager Jose Mourinho caught by the Sky Sports cameras.

Here’s a reminder of the clip that caused so much commotion, but Mourinho has since been quoted in the Telegraph as saying Pogba will play against West Ham this weekend.

The Daily Mirror have some pictures of Pogba, Mourinho and other United players travelling on their way for this weekend’s early kickoff in the Premier League, and some have made their way onto Twitter too…