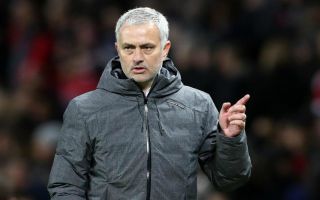 As noted in the tweets below from notable journalists, the Chilean international did travel with the squad to London this weekend, but evidently he hasn’t done enough to be involved.

Sanchez is still looking for his first goal of the season, and ultimately if injury is not the reason behind his absence, it surely comes down to the fact that he has struggled to have a consistently positive influence on the side and Mourinho has finally decided that a change is necessary.

Anthony Martial gets the opportunity to impress in his absence, but perhaps the decision to leave him out will do Sanchez good in terms of regrouping and working hard next week to get his place back and start to have an impact.

In truth, he failed to hit the heights expected of him last season after his January switch from Arsenal, and so thus far, he’s proving to be a disappointing signing for Man Utd with Mourinho likely to be desperate to see him rediscover his best form sooner rather than later to help his team.

Alexis Sanchez travelled to London yesterday afternoon with the rest of the squad. Understand he is not injured.

Although he traveled with the team and isn’t injured. Alexis Sanchez is dropped from Man United match day squad against West Ham. I think it’s overdue he’s not been good enough, and apparently two up front which is what Man United need right now.