Manchester United staff have reportedly already been discussing the prospect of Jose Mourinho losing his job as manager at the end of next week.

According to the back page of tomorrow’s Mail as tomorrow’s papers start doing the rounds on Twitter, players and staff at United now seem convinced Mourinho could be gone imminently and were openly discussing the manager’s future on the way back from their latest Premier League game.

The 3-1 defeat at West Ham was another poor result for the Red Devils, with some strange selection choices contributing to the below-par performance.

Mourinho controversially left Alexis Sanchez out of the squad entirely, while midfielder Scott McTominay played in defence for the first time. 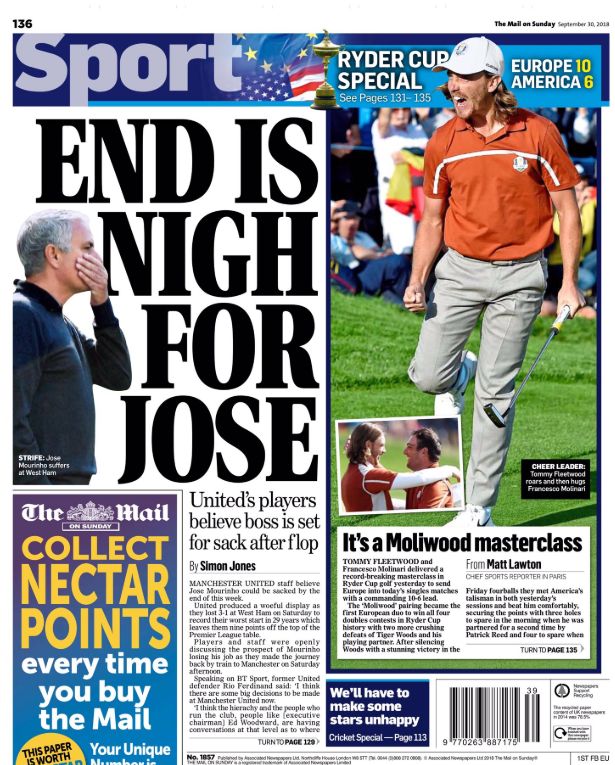 The Portuguese tactician does not have the best recent record of managing crises, having also gone out under a cloud with previous clubs Real Madrid and Chelsea.

The clock is surely ticking now after three defeats in the Premier League already this season, as well as a shock Carabao Cup exit at the hands of Championship side Derby County in midweek.