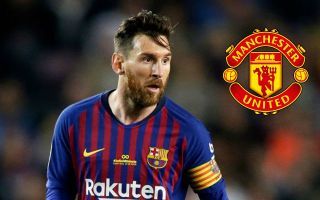 One of Manchester United’s most notorious fans and video bloggers Mark Goldbridge has launched a scathing rant against the team’s performance in the defeat to West Ham today.

In this clip below, aired on BT Sport, The United Stand man took aim at Jose Mourinho’s tactics and selection choices, most notably fielding Scott McTominay as a centre-back.

Goldbridge also defended players like Alexis Sanchez and Anthony Martial for struggling in Mourinho’s side as he feels even Barcelona superstar Lionel Messi would look much worse in this kind of system.

"To go to West Ham and park the bus from minute one, to play so defensive, is a disgrace"

That’s quite a bold claim, and it’s clear United fans are growing increasingly impatient with both the results and performances of this team under Mourinho.

Goldbridge later expanded on his criticism of the Red Devils manager, comparing his struggles for over two years to the way Maurizio Sarri has transformed Chelsea’s style of play in just a few months.

Sari has had 3 months to get his team playing a style of football they know like the back of their hands.
Mourinho has had 3 years, 5 transfer windows, and we're parking the bus against West Ham and floating long balls towards Fellaini. How is that acceptable?

It’s getting much, much harder to argue that Mourinho should stay on at United.