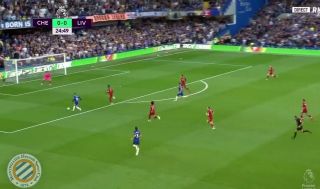 Eden Hazard has scored yet another wonderful goal for Chelsea vs Liverpool, following up on his Carabao Cup effort in midweek.

On that occasion, the Belgium international took on the entire Reds defence by himself before finishing with aplomb, though today he calmly slotted away after a brilliant team move.

MORE: Liverpool star to play through the pain against Chelsea

Hazard started things off in midfield with a neat little flick before bursting forward and passing it into the back of the net with his left foot.

Chelsea will be eager to come out on top of this big six-pointer in the Premier League title race after Liverpool moved ahead of them last weekend.