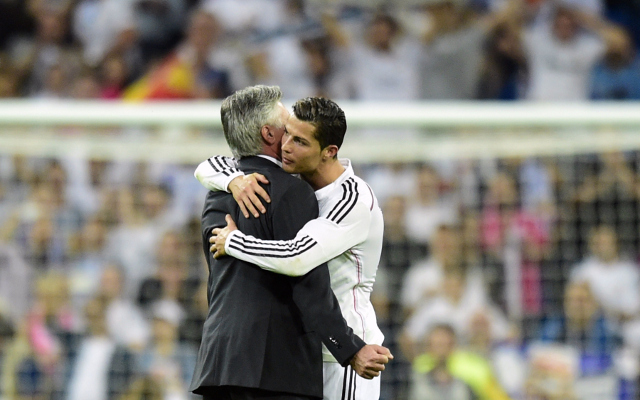 Napoli boss Carlo Ancelotti insisted Cristiano Ronaldo is still as dangerous as ever after watching his side lose 3-1 against Juventus in Serie A.

The Italian champions came out on top after an enthralling 90 minutes of football at the Allianz Stadium to maintain their 100% start to the new campaign.

Ronaldo played a key role in all three goals for the home side as Mario Mandzukic found the net twice before Leonardo Bonucci completed the scoring late in the second half.

SEE ALSO: What Cristiano Ronaldo said about FIFA awards, Juventus ace takes cheeky dig at winners
How Juventus could line up vs Napoli: No risks from Allegri as title rivals clash
What Massimiliano Allegri said on Cristiano Ronaldo after Champions League ban confirmed for Juventus star

Dries Mertens had given Napoli the lead after just 10 minutes of the contest, but the Old Lady ultimately overpowered their rivals, whose misery was compounded after Mario Rui was sent off on the hour mark.

Ancelotti was returning to his old club and coming up against his former charge Ronaldo simultaneously, having managed the Portuguese superstar during his time at Real Madrid.

According to Four Four Two, the Italian was beaming in his assessment of Ronaldo’s performances post-match, as he told reporters: “I’ve seen the usual Ronaldo, a player very important for his side.

“He is constantly in the game and always a danger for opponents. He is always present in attack and, as I said before, he adds extra value to Serie A.

“It’s a pleasure to watch him playing in Italy.”

Both clubs will return to Champions League duty this week, as the Bianconeri take on Young Boys in Group H, while the Partenopei Gli Azzurri are set to face Liverpool in Group C.

Ronaldo will be unavailable for Massimiliano Allegri’s side for their European clash after being sent off during their matchday one victory against Valencia, but he will be eligible for a return in the club’s doubleheader against former club Manchester United in the coming months.

Even at 33, the Juve striker continues to set the standard as one of the best players in world football and as long as he can keep it up, the Italian champions should be considered favourites for the Champions League crown come May.